Rob and Dev have successfully worked together at Austin Benn between 2009-13. Sharing the same ethos they have now joined forces again in 2016 with the same aim of being greater than the sum of their parts and to provide expertise and value to their clients and candidates. 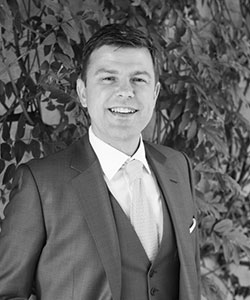 After graduating Rob began his career at JPMorgan in a cash management operational role then moving into line management before transitioning into a Relationship Manager role within Treasury Services. In 2007 he switched careers to Financial Services recruitment, learning his trade in the challenging landscape of the financial downturn. In this time he has built a client franchise of Research and Consulting firms with a focus on sales and analyst mandates.

Rob is passionate about offering a high touch recruitment service and launched Delectus Partners in 2015 recognising there is a gap for a boutique agency that offers a different approach to a high volume agency or a “retainer only” executive search firm. In March 2016 Rob hired Dev Majithia whom he previously collaborated with at Austin Benn between 2009-13.

Outside of work Rob is an avid record collector of rare disco and house music, he is a semi-retired DJ and continual believer that next season is going to be Liverpool FC’s year! 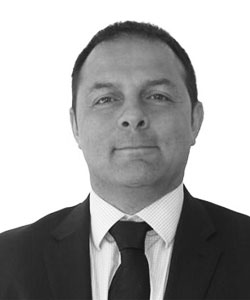 After graduating, Dev has gained twenty-three years’ experience in financial services recruitment. Dev has recruited through a number of economic cycles and changes within the financial landscape. During this time he has been able to evolve and deliver on assignments by clearly understanding the client and candidate requirement by listening and going beyond job titles.

Dev’s work has helped him to develop a network of clients and a healthy flow of referrals.

Dev’s previous career in interest rate trading and treasury with Barclays and Royal Bank of Canada gives him a foundation and curiosity to continually develop his financial services and current affairs knowledge.

Dev is a certified user of the Thomas International Personal Profile Analysis (PPA).

Outside of work, Dev loves cricket. He is a dogged and limited batsman and fourth change in-swing bowler.  He also loves listening to electronic music, crooning into a karaoke mic and scrabble. In 2018 he was a losing contestant on the BBC quiz show Pointless.